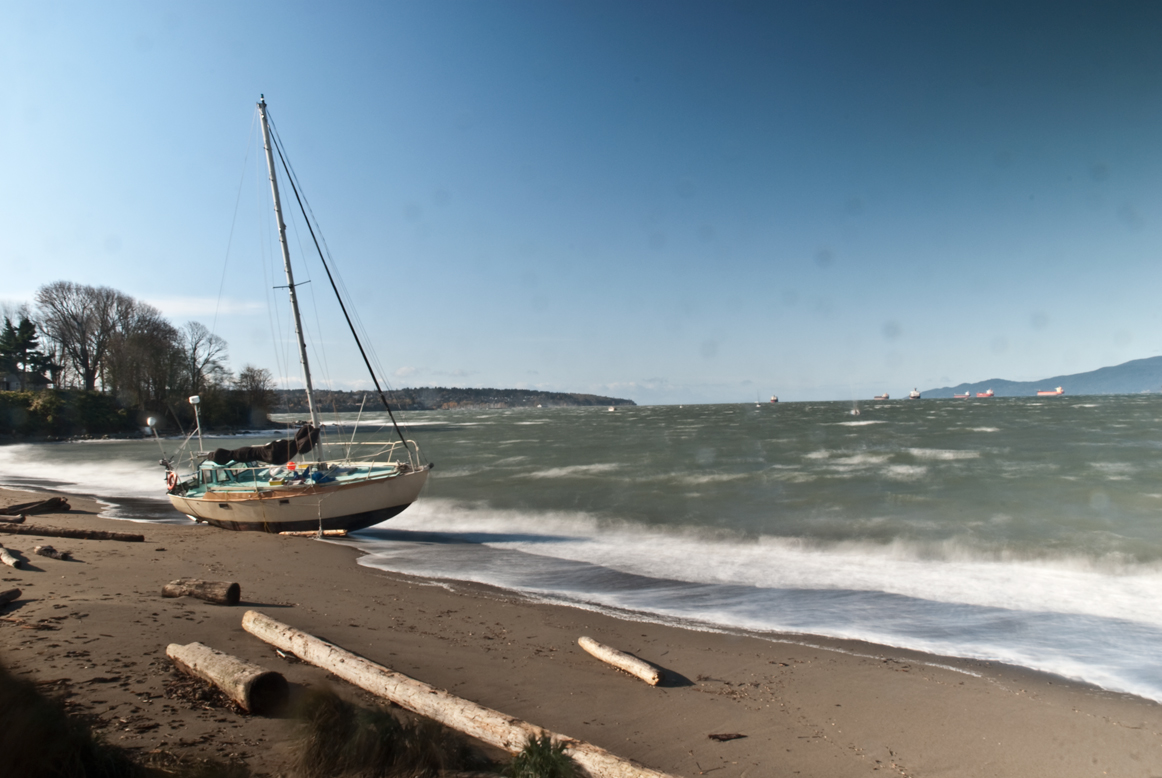 [post_thumbnail]A windstorm hit the coast of Vancouver and other areas yesterday with gusts of up to 61km per hour. I would suspect stronger than that as it was difficult to keep my balance while walking along the shoreline and the waves were much larger than usual. The shoreline was littered with debris along with 2 fair sized sailboats that had been beached. Their anchors must have been poorly tied or not secured and the storm pushed them to shore.

The 2 boats are most likely damaged and flooded after being ravaged by the large waves on the rocky shoreline in Kitsilano.